Greek oregano is a perennial herb that is native to the mountains of Greece. It’s a hardy plant that has small white flowers and hairy leaves. The leaves are loaded with oregano’s essential oil, giving it a robust and intense flavour with fantastic healing properties! The oil of oregano is an excellent remedy for the flu or cold. It is also a great addition to be used in salads and various other dishes. With all of its uses, it’s genuinely a fantastic herb to grow in your garden.

Also known as wild oregano, it’s is a subspecies of the widespread wild oregano and is found only in Greece, Turkey, and the islands of the Aegean Sea. The flavour is potent and hotly aromatic and is the most robust flavoured ‘oregano.’ Greek oregano is the species used to extract essential oils (oil of oregano).

Fresh Greek oregano leaves and flowers can be used to make herbal tea. Oregano will also dry well and hold its flavour too. A tablespoon of fresh leaves is enough to make a strong tea. Boil the water and let it cool for a few seconds before pouring into your cup, then let the tea steep for at least 5 minutes. The longer you allow the leaves to steep, the stronger the flavour will be. It’s an excellent remedy for the flu and colds and helps prevent getting sick during the flu season.

Use oregano oil to help fight the flu or colds; apply 1-3 drops under your tongue up to 3 times a day. The oil contains thymol, which is a potent antibacterial. One drop can be used on your toothbrush to help kill bacteria in your mouth. The essential oil can be diluted into a base oil, such as coconut oil, and then applied to the skin to sanitize or treat scrapes and cuts.

How to Grow Oregano

Germinating oregano seeds is relatively easy. Grows best in full sun, although it will tolerate some shade. It prefers moist, well-draining soil with a pH of 6.8. Greek oregano can tolerate a lot of sunlight and is drought-resistant, so it’s a very easy and hassle-free herb to grow. As Greek oregano seeds are very tiny, the seeds should be surface sown. Just be sure to water the soil first before sowing the seeds. If starting the seeds outdoors, very lightly cover with compost. Be sure to keep the soil moist at all times. If the soil dries out, it could kill the germinated seeds. Always use a sterilized garden soil mix to start your seedlings; non-sterile soils may have fungi or plant diseases that may kill your seedlings.

There are no reviews yet.

Be the first to review “Greek Oregano Seeds” Cancel reply 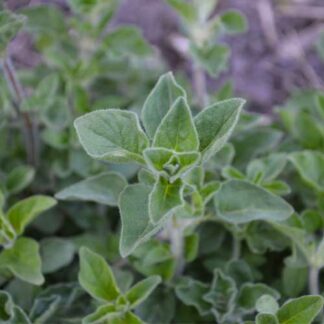